OSM’s control plane components are built with High Availability and Fault Tolerance in mind. The following sections will thoroughly document how are these tackled.

High Availability and Fault Tolerance are implemented and ensured by several design decisions and external mechanisms in OSM, which will be documented in the following points:

OSM’s control plane components do not own or have any state-dependent data that needs to be saved at runtime; with the controlled exceptions of:

Other than those exceptions, the rest of the configuration is built and fetched from Kubernetes.

The domain state used to compute the traffic policies is entirely provided by the different runtime providers (Kubernetes et al) and Kubernetes client-go informers on the related objects osm-controller subscribes to. 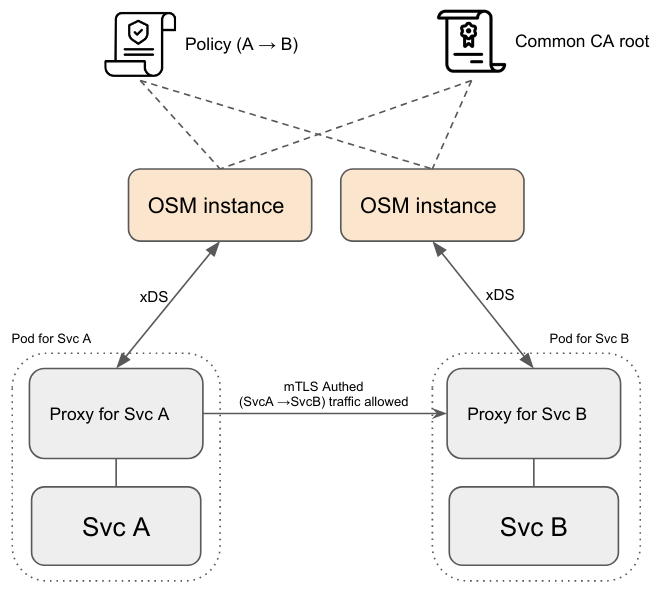 Components osm-controller and osm-injector allow for separate horizontal scaling, depending on load or availability requirements. 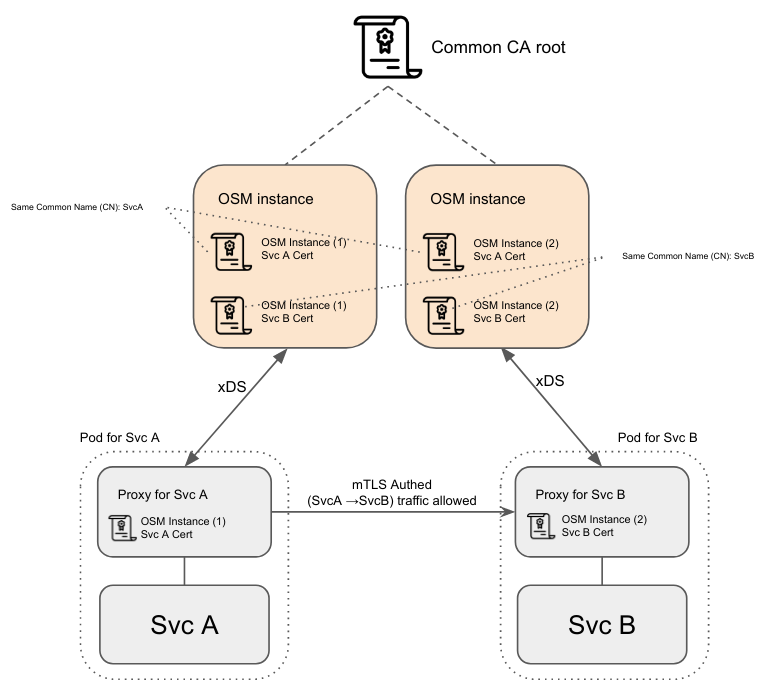 In short, no matter what control plane a proxy connects to, a valid certificate, with correct/proper CN and signed by the shared control plane root CA, will be pushed to it. 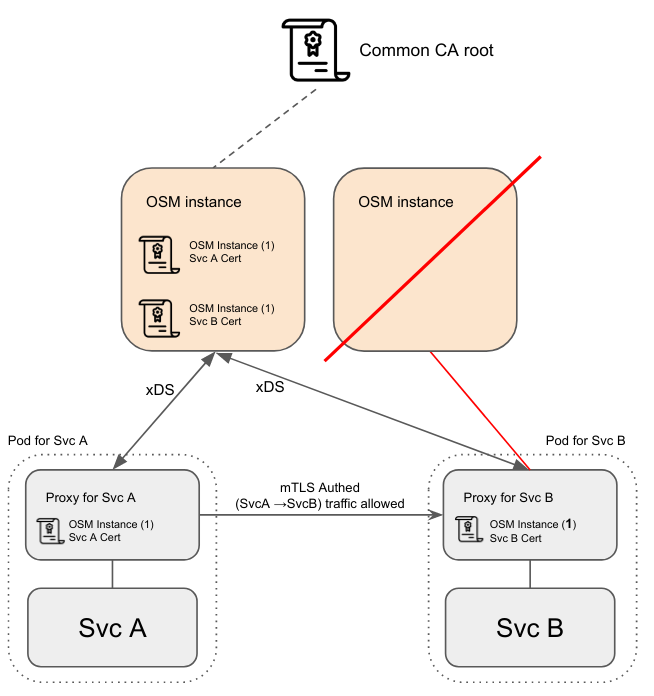 [1] Headless: usually referred in the control-plane/data-plane design paradigm, refers to the concept that allows, when having a dependency between two components, for the depender agent to survive and keep running with latest state when the dependee dies or becomes unreachable.

Pod anti-affinities applied to the control plane pods’ deployments will ensure that there is better resilience in the distribution of pods across nodes. If multiple replicas of a pod exist, they will schedule on different nodes if possible.

In order to prevent disruptions during planned outages, control plane pods osm-controller and osm-injector have a PDB that ensures there is always at least 1 pod corresponding to each control plane application.

To enable PDB, use the following command

Was this page helpful?

Glad to hear it! Please tell us how we can improve.

Sorry to hear that. Please tell us how we can improve.